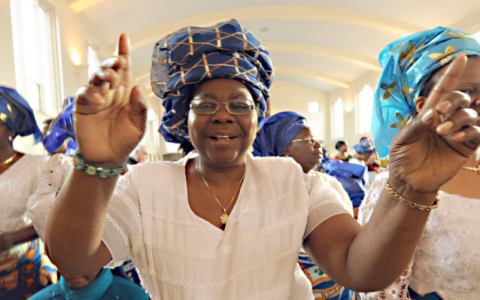 Description of the Projects featured:

Who was St Francis Xavier and why did he become a patron saint of the missions? Fr Lisbert de Souza SJ, an Indian and an Assistant to the Jesuit Superior General speaks of the saint who is also known as ‘the Apostle to India’.

John Bradburne’s love for people with leprosy (Hansen’s disease) eventually led to his murder. Fr Liam McCarthy OFM has been delegated to gather information about John Bradburne for eventual submission to the Vatican’s Congregation for the Causes of Saints. He tells us about the man who gave his life for his poor and marginalised leprosy patients in Zimbabwe.

Zambia is a landlocked country with its own unique joys and sorrows. Catherine Smibert, a former member of staff on Vatican Radio’s English programme, describes the country which is also known as ‘the land of smiles’.

The Church in Zambia is alive and active! The Small Christian Communities in each parish offer a unique service of love. Bishop George Lungu of Chipata speaks of the people who are directly supported by the collections of World Mission Sunday.

The late Bishop Paul Duffy OMI spent 14 years as bishop of Mongu, a remote diocese marked by ‘uniformly distributed poverty’. In this archive recording, Bishop Duffy, who died in August 2011, describes the diocese he dearly loved.

Not everybody realises that Franciscans were the first missionary religious order in the Church and the first to describe in their Rule, the attitudes and requirements of someone going on mission. The Franciscan missionary initiative started in 1217 and continues today.

Cardinal Wilfred Napier is both a bishop and a Franciscan friar. He speaks of the way in which his Franciscan vocation inspires him to serve the people of South Africa.

Archbishop William Slattery of Pretoria is also a bishop and a Franciscan friar. He looks back to the 2007 gathering of Franciscan cardinals and bishops in Assisi, when their coming together gave them all an opportunity to renew their Franciscan inspiration which helps them to better understand and serve their people.

Archbishop Slattery recognised South Africa’s multicultural liturgical challenges. Cardinal Napier speaks of another challenge of the way in which the South African bishops addressed it.

5.     Nigeria, where evangelisation and dialogue are continuing processes

Nigeria’s Muslims and Christians are working quietly and strenuously to bridge their differences and to come closer together in peace and understanding. The Church has grown since the arrival of the first missionaries 150 years ago and evangelisation is a continuing process.

Bishop Matthew Audu of Lafia describes his outreach to everybody in his diocese, regardless of their religious belief.

Fr Matthew Achi describes his experience as a newly-ordained priest from the Good Shepherd seminary, supported by Missio Scotland. He tells of his willingness to go wherever he can be of use to his people.

Fr Vincent Ila’s road to the priesthood was supported by the Society of St Peter the Apostle (SPA). He describes his remote parish of Agwara, where Catholics and traditional believers live side-by-side.

6.     India, where mission continues to inspire

India has long been a focus for the receiving and for the sending of missionaries.

Kasia Greenwood, the National Coordinator for Mission Together, recently visited Hyderabad on behalf of Missio and was deeply touched by the richly varied education offered by a school for visually impaired children in Vijayawada.

Vidula Tawa di Glantier has special memories of Blessed Mother Teresa of Calcutta: her mother was the first doctor to help the foundress of the Missionaries of Charity in her work for the poor women living in the villages.

7.     World Mission Sunday and the relevance of mission

Cardinal Peter Turkson of Ghana is the former President of the Vatican’s Congregation for the Evangelization of Peoples and therefore knows the importance of World Mission Sunday. He tells us more…

Monsignor Canon James Cronin is the National Director of Missio in England and Wales. He describes the ways in which Catholics in these two countries make a real difference to the lives of countless thousands of people across the world.

Sister Celsus Nealon is a Franciscan Missionary of the Divine Motherhood who has spent more than forty years working in Nigeria. She speaks of the relevance and urgency of missionaries even as the Church in countries such as Nigeria is becoming increasingly self-sufficient for vocations to the priesthood and religious life.