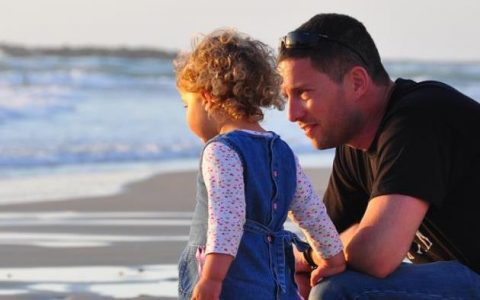 Faith, family and fatherhood with Sean and daughter Caitie

161.  What a calamity!  A World Book Day Rescue, the great vacuum cleaner incident and trying to overcome problems with prayer

159. Stuff – Caitie does science and Sean does the science of coffee

157. Wands and Crucifixes – Caitie has a party and gets Lego overload

156.  Schadenfreude -We see the Charlie Brown movie, get ready for Caitie’s Birthday and discuss the challenges facing the Anglican church at its big meeting

154.  A present under the tree : Caitie’s caught under the tree, Sean wonders what to write in a Missal and wades his way through the report from the Synod on the Family

152.  Cats Dogs and walking backwards to Christmas -The McCarney cats distract Sean and Caitie has a dream.  Also what happens when we get Advent and December all mixed up

151.  Cardiologists and Cardies – Sean has a hearty time, Caitie has to deal with change, oh and here comes Armaggedon!

150. Sacrifice – The dog ignites, Caitie goes for a new look and Sean thinks talks about remembrance and sacrifice.

149.  Farewell to a Lady – We say goodbye to the Vulcan, Caitie gets upset by a teacher, and what does ‘Nashville’ have to do with the Synod on the Family?

148.  Pondering the Pope – Sean embarrasses Caitie [constantly], Nicki’s away and we ponder the Pope

147.  Diffferent Dreams -The McCarneys discover the Disneyland Magic and people across Europe follow a different and more critical dream

146.  Fort Clucks – Caitie gets a certificate, Sean gets lonely and the chickens get Fort Apache

145.  One armed candle bandit – Caitie does more acting and Sean sees something scary at Mass!

144.  Finding the Joy! – Sean takes up sport, Caitie gets acting and Sean asks if we’ve lost sight of the joy of the Faith

142.  Caitie goes to Oz – Caitie leaves home, we finally put up the greenhouse and forgiveness and reconciliation in action

140.  Caitie and Hettie – Caitie says goodbye to Hettie, Sean gets radioactive and cogitates on the death penalty

139.  Just walking out – Sean takes a walk, Caitie continues on her journey to be a mermaid and a dip into politics and Catholic Social Teaching

138.  Slow Boat to Summer – A family Easter, Caitie has her first audition, and Sean gets fed up with his Facebook Nemesis

137.   Information Overload – Sean gets far too much information, Caitie gets the dress of her dreams and we cogitate on Dolce and Gabbana

136.  First Solo – Caitie’s first solo and Sean goes through the recent letter from the bishops of England and Wales

133.   Caitie wants a Furbie and develops a liking for hot water bottles!  Sean eavesdrops on conversations in The Silver Plough and they both look forward to First Reconciliation

132.  Some of the people …:  An update on Sean’s medical issues, Caitie has a frozen birthday, there’s a spat on Facebook and a joyful Youth Mass

132.  Relics:  A historical day out in London and Caitie prepares for her First Reconciliation

131.   Midsummer Farley:  Looking back at Christmas, facing ‘the poor’ and thoughts on that French Magazine

129.  Curves and Bumps:  An autumn of two halves and Caitie starts her First Communion Journey

127.  Accidental Grace:  Caitie becomes a music critic, the news gets Sean down, an annoying child at Mass

126.  Seasons Change:  Harry Potter, Jane Austen and Caitie does the weather.  The McCarney family Summer is over and Sean has a few thoughts on the situation in Iraq

122.   Finding the Joy!:  The study-o gets a makeover, Sean sees Olympic-standard drinking whilst on holiday and has problems with keeping focus on The Faith

121.  Chhurpi:  Caitie learns stuff and finally the answer to THAT Holy Homework question! This week’s 60 Second Saint is St Anthony of Padua

120    Give it up!:  The house is annoying Sean, Caitie is walking oddly, Lent and a 7 year old, and we begin the next phase of going to Mass